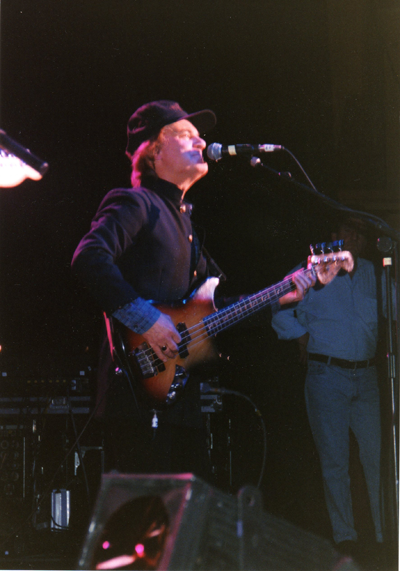 We are all shocked and sad at the news that Jim sadly passed away on Saturday morning 20th January following a fall at home,

Jim was well liked by all fans who came into contact with him and was one of the rare breed of elder statesmen musicians who retained respect from all who were lucky enough to have worked with him. Jim had a long and distinguished career in the music business, through The Mike Cotton Sound in the early sixties, Argent in the 70’s and The Kinks from 1978 to 1996.

As well as being a regular on the local St Albans scene. Jim was an integral part of the re-formed Zombies for the last eighteen years, but still found time to play and visit the Kinks Fan Club meetings when possible, in fact Jim along with Ian Gibbons rescued us back in 2008 when for a time it looked as if Kast Off Kinks would have to stop playing as John Dalton had some health issues and John/Baptist both decided to stop playing

Jim was with us in November 2017 and talked enthusiastically about his current projects which included a book and a USA tour for Feb/March 2018 including a guest spot at Carnegie Hall as part of a Charity Led Zep tribute show.

Jim spent some time with Ray Davies and Bob Henrit backstage at the Fan Club gig sharing stories about their times together and catching up with current activities.

The Great News is that we are up and running for the Fan Club show at the Dome on 28th November, the band are Dave Clarke, Mick Avory, Mark Haley, Mike Steed (Bass) Debi & Shirlie plus The Oslo Brass, … END_OF_DOCUMENT_TOKEN_TO_BE_REPLACED

The Kinks are excited to announce that they will be premiering ‘The Moneygoround: A One Man Show For One Night Only’ at 8pm GMT on the 29th January on The Kinks Youtube channel. A one-off performance of the play co-written … END_OF_DOCUMENT_TOKEN_TO_BE_REPLACED